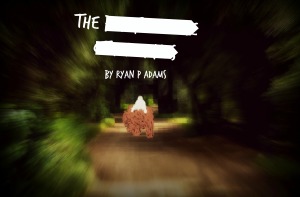 I even made a mock cover, since NaNo’s site suggested it, for kicks and giggles. I’m certainly not a graphic artist, just computer-literate enough to play around with PicMonkey, but I thought it was fun and serves as a nice little piece of inspiration for me to keep going.

It’s a first draft, so I know it’s rough, but I’m very happy with where the story’s going, and where I am today.

One thing that makes it easier to know how I’m doing is the fact that NaNo graphs our Word Counts. Here’s mine:

Aside from Day 1, where I wrote a gazillion words out of excitement, I’ve been very consistent, if I do say so myself.

While NaNo’s 50,000 words in 30 days is a somewhat arbitrary number, I don’t think it’s arbitrary to suggest writers need to keep a consistent pace on a first draft.

Graphs like this should be especially valuable for people new to writing fiction, or who have never completed a first draft before.

If you’re working on a first draft, you should absolutely keep track of your daily word count. That way, you can learn what patterns you can reasonably sustain, and catch if you’re slowing down as soon as possible — so you can ask yourself why.

It may be a signal that you need to kick it up a notch, so you don’t risk fizzling out.

As I said in Post #22, fizzling out on your writing kills books. It’s very hard to finish a full draft if you put it down for weeks or months.

Trust me on that — I speak from experience.

So, even if new things are going on in your life, keeping yourself busy — don’t stop writing, just find a new pace instead. Even 30 minutes a day can easily get you 300 words, which adds up to a 100,000 word epic first draft in less than a year.

You can do it, just keep writing.